A friend of mine sent me an email with a link to these pictures and story of “Fire Water” at Yosemite.  First I thought the pictures cool… man, how did they do that… then it got better when I read the story to learn that this is a naturally occurring phenomenon and how rarely happens made it even better.

Here is the link to the original story and pictures, but I like to preserver a copy for my self incase the original ever gets deleted or goes away. 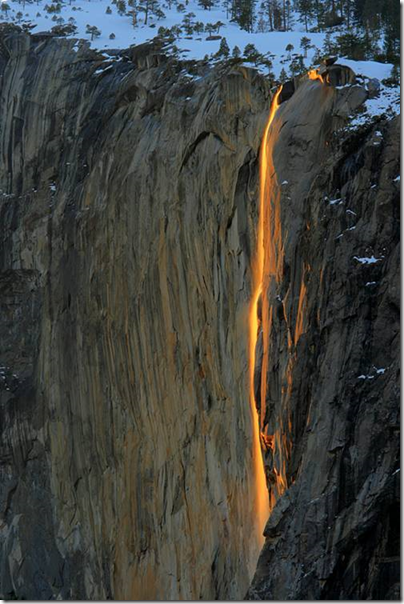 This park was gazetted as a national park in 1890. It is world famous for its rugged terrain, waterfall and century-old pine trees. It covers 1200 sq km and the "fire" waterfall of El Capitan is one of the most spectacular of all scenery.
The spectacular view of the waterfall is created by the reflection of sunlight hitting the falling water at a specific angle. This rare sight can only be seen at a 2-week period towards the end of February. To photograph this rare event, photographers would often have to wait and endure years of patience in order to capture them. The reason is because its appearance depends on a few natural phenomena occurring at the same time…and some good luck.
First is the formation of the waterfall – The water is formed by the melting of snow and ice at the top of the mountain. It melts between the month of December and 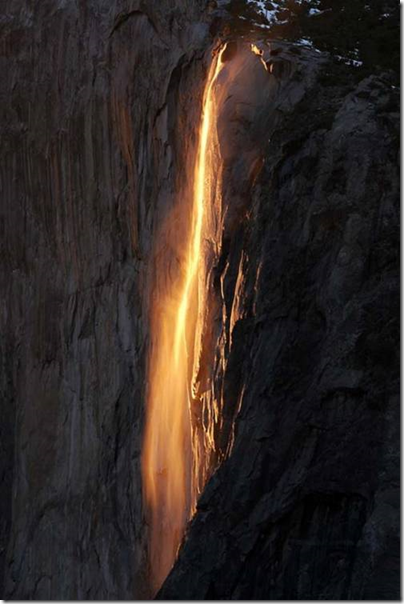 January and by the end of February there might not have much snow left to melt.
Second is the specific angle of the sunray hitting the falling water. The sun’s position must be exactly at a particular spot in the sky. This occurs only in the month of February and at the short hours of dusk. If it is a day full of clouds or something blocking the sun, you can only take pictures of your own sorry faces on the waterfall. It coincides with the fact that the weather in the National Park at that time of the year is often volatile and unpredictable. It compounds to the difficulty of getting these pictures.
Someone did and we all get to see it !!! 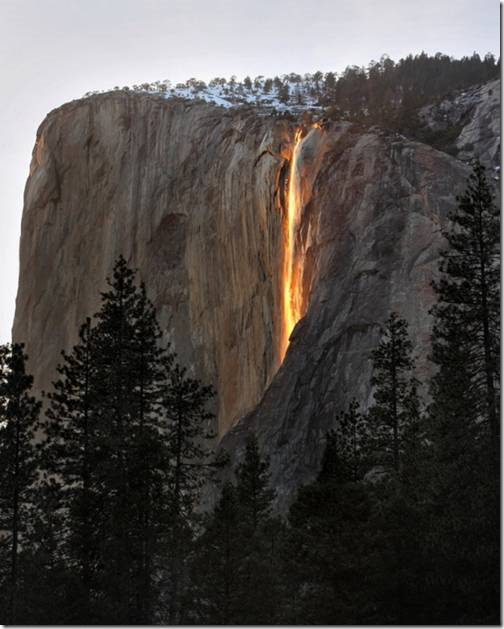 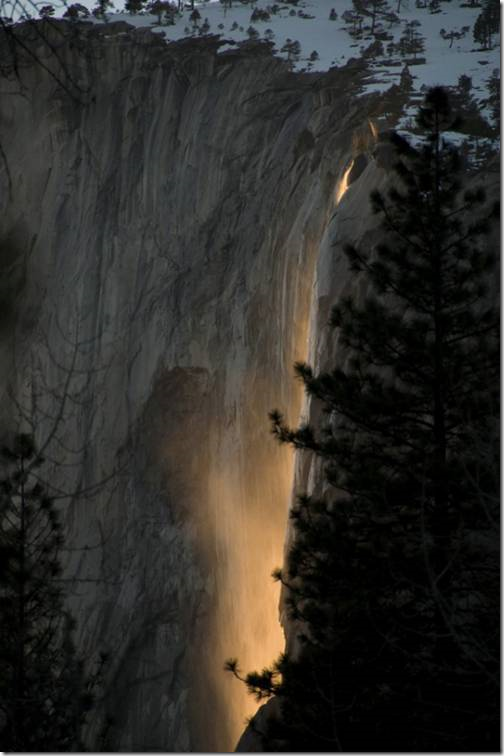 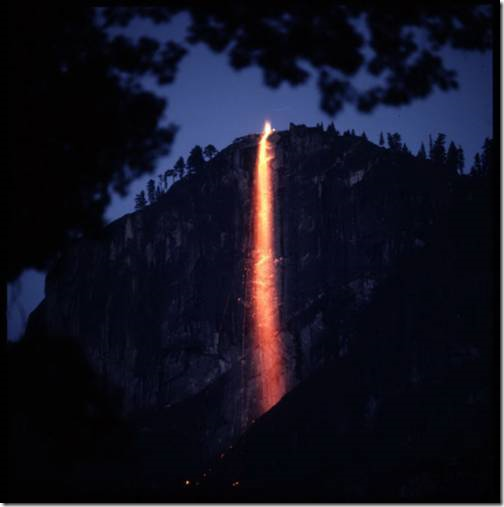 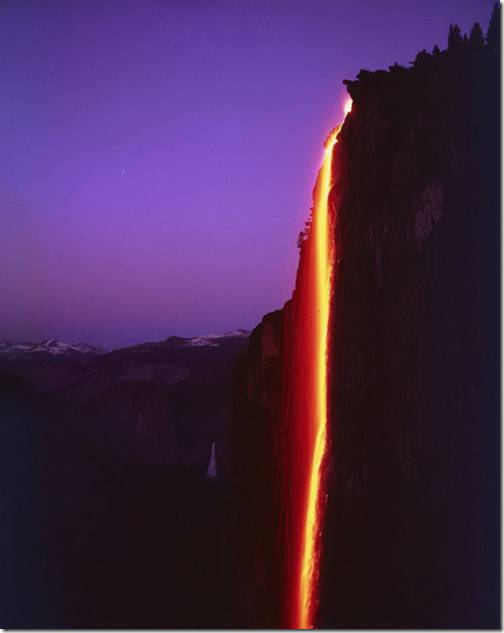 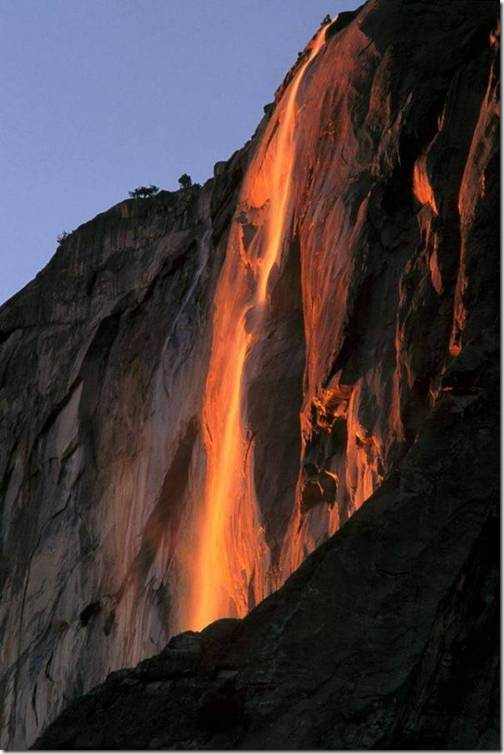 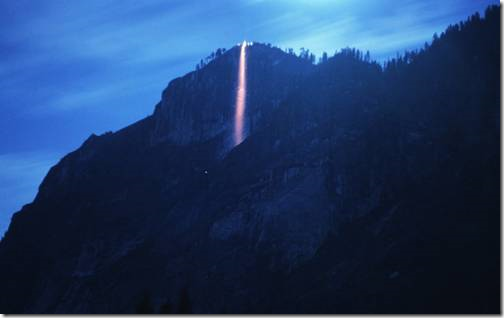