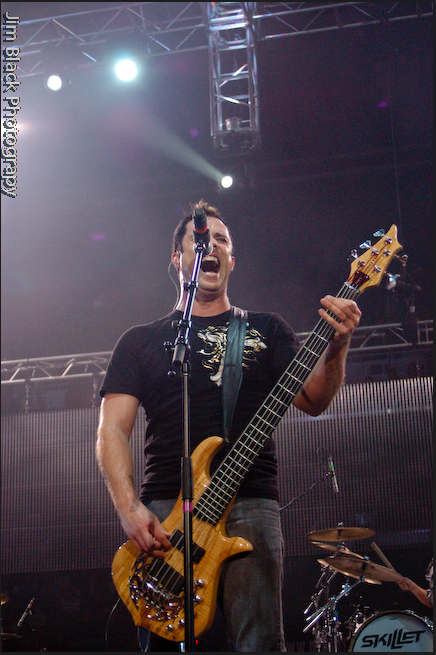 A few days ago a co-worker was describing a concert he had been to and they used pyrotechnics, with flames shooting up, and was amazed how he could feel the heat even across the arena, “can you imagine how it felt for the viewers up close to the front row”.  I recalled to him an experience I had with a concert, pyrotechnics and being on the front row.

In 2008 I won “WinterJam Super Fan” front row tickets to WinterJam concert from a local Christian radio station WBFJ.  Skillet was one of the acts, and I can tell… WOW is it a blast of heat when those things go off.  But… front row seats with good DSLR camera (Nikon D50) was a lot of fun.  The “Event” photographers even let me walk up to the stage and get some great shots.

So I went back, found my photos from the event shared them with him and wanted to share them here.

Concert photography can be a challenge with the extreme contrast in lighting.  But that also adds to the uniqueness of the image you can capture.  Low light means slow down the shutter speed, but not too much you need to zoom-in to get a good picture, and the rest is adjusting the ISO to as high as your willing to go and live with whatever grainy detail you get.  I love the lighting effects, how the light beams can be seen via the smoke/fog that they use.  I used a small zoom lens, like 35 to 70, or something like that.

This was a once in a lifetime opportunity… but given the chance again, someday, to photograph a concert like this, up close, I will take it. 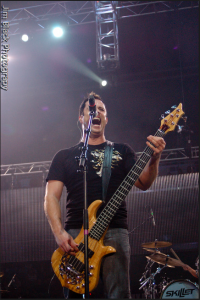 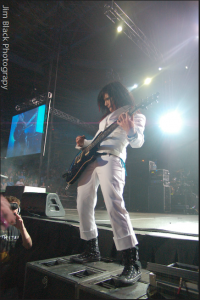 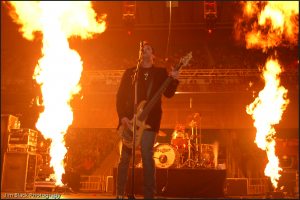 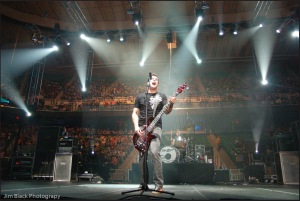 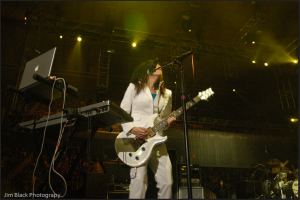 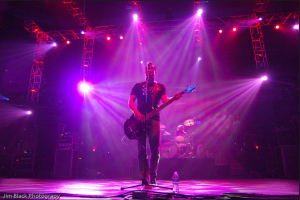 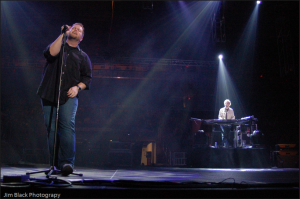 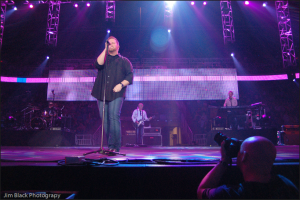 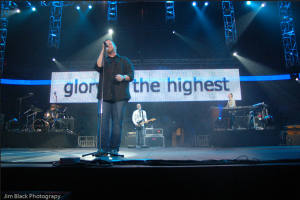 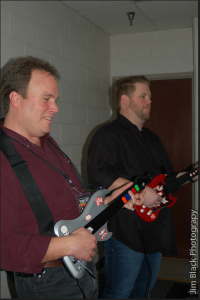 Yes… that is me with Bart Millard playing Guitar Hero. 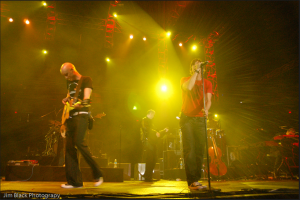 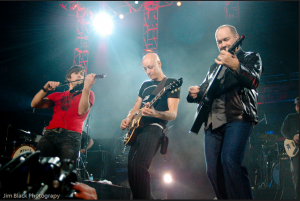