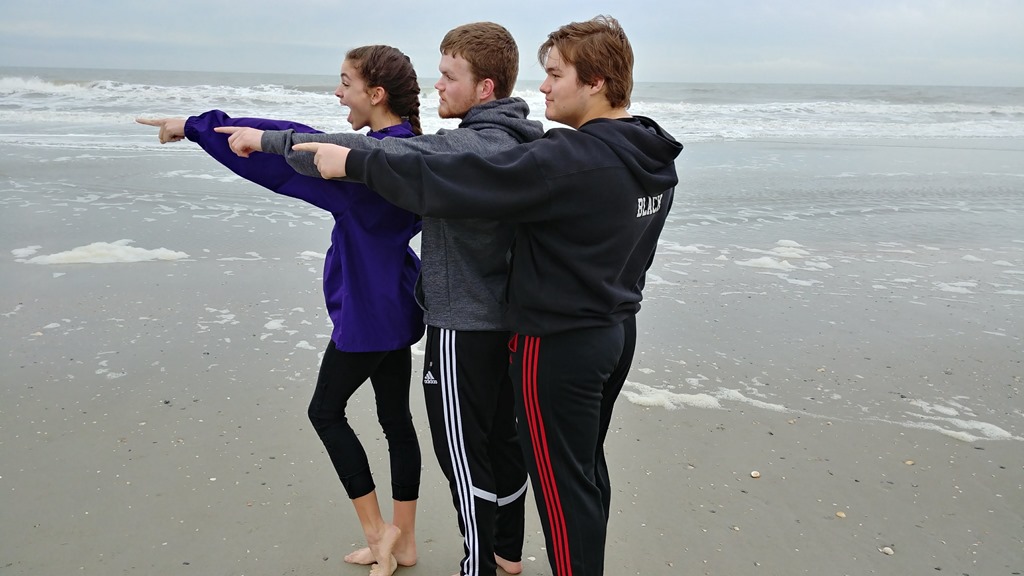 Spring Break has been different recently with Collin’s college class schedule not having break at the same time as Austin and Caitlin’s high school schedule and this year was no exception. But we squeezed in a weekend trip to Myrtle Beach. Besides relaxing and chilling with the family (with some cool breezy beach time) the primary focus was taking advantage of some leftover tickets to Ripley’s Aquarium.

The weather wasn’t all that great for beach time, but we still managed and enjoyed some time at the beach and as usual, enjoyed a walk on the beach. With it being overcast, cloudy and breezy, we welcomed the opportunity to go indoors to the Aquarium to see what they had.

To me, Ripley’s is known for the tagline “believe it or not”, but there wasn’t any of that at the aquarium. Ripley’s Aquarium is more like the typical educations aquarium and quite enjoyable, thought I thought it would be bigger. The previous aquarium we went to was in Atlanta, which I think was bigger than this one. At Ripley’s we got pet or touch Sea Horse Crabs (no idea why they have the word horse in their name, unless it is the horse shoe like shape they have) and string rays. The moving walkway under the shark tank was a hit. The mermaids swimming with the sting rays was… well… a disappointment. The exotic fish and jelly fish were fun to watch.

Of course, it is almost tradition now, we managed to crab legs and other surf and turf food at The Original Benjamin’s Calabash Seafood restaurant.