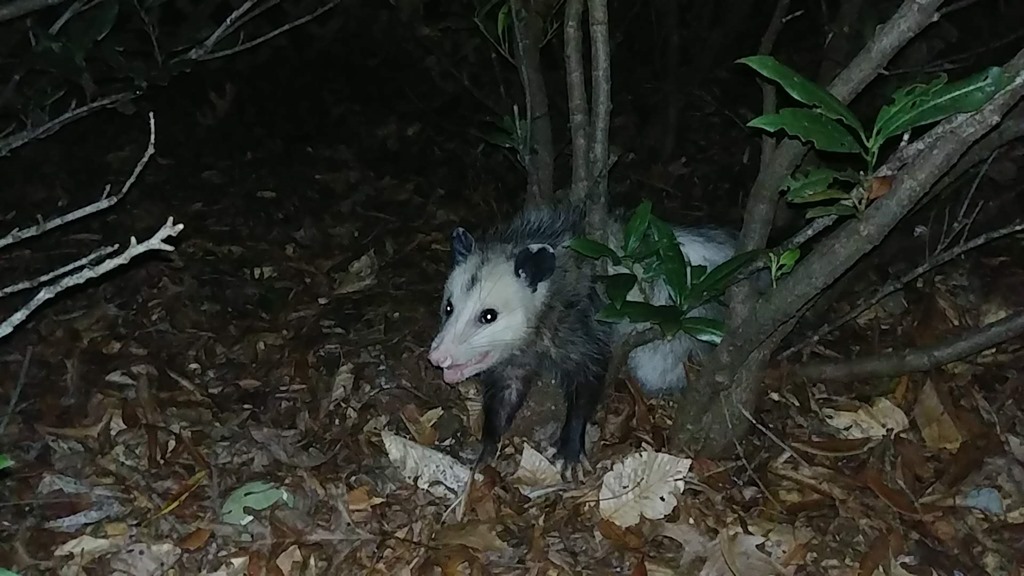 I’ve had my first ever encounter with a Possum (Opossum) the other evening.  I took our dog out for her nightly walk through the back yard.  As I walked between the pool and deck I hears some rustling in the leaves under the bushes in the corner.  I stomped my feet as I approached the bushes expecting to see a rabbit, squirrel or cat scurry out, scale the fence and get away (yeah, I know, rabbits don’t scale or climb fences).  But nothing ever came out.

By now our dog Amber’s complete attention is on what ever made noise in the bush.  I mockingly tell Amber to “go get it”, again attempting to get the animal out of there and let Amber have some fun.  Still nothing but some odd growling and a frustrated dog that couldn’t get to what ever it was in the bush.  I gave the bushes a kick and still nothing.  I walked around the back side of the bushes, they are less full there and you can see into the center of the bushes.  Amber and I slowly approach and take a look.  What ever it is isn’t moving.  Odd… Getting concerned I grab Amber and pull her back.  A closer look reveals an Opossum.

Now I have never seen a live, in person, Opossum before.  My only imagery of possums were cartoons or animated movies: 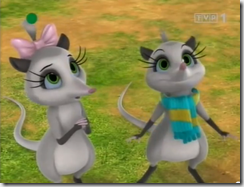 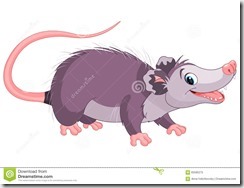 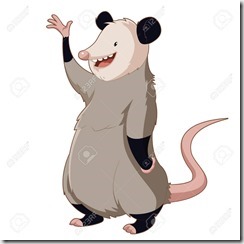 This critter looking nothing like those nearly cuddly critters they put in cartoons and movies.  And… it stunk.  The poor thing, in its hurry to get away when I came walking along the deck and pool, managed to get it self wedged, stuck between two branches in the shape of a narrow Y.  I now had a captive and it wasn’t going anywhere.  I went inside and got Collin and Austin to come out to see the Opossum and help extract the little feller and set it free.  So with a long broom handle, we lifted up his front half to free him from the wedge he was stuck in.  Then he just sat there.  No hissing, no attach, no scurrying away.  We let him be and was gone by morning.